The MCU will soon be introducing Maya Lopez, better known as the hero Echo, to mainstream audiences in the Disney+ Hawkeye series, played by actress Alaqua Cox. Created by Joe Quesada and David Mack, Maya has possessed a plethora of special abilities and adopted many personas throughout the years.

Although Echo, who first appeared in 1999’s Daredevil vol. 2 #9 is a relatively recent addition to the Marvel pantheon, her comic book adventures have been notable, and she has been prominently featured in a number of high profile storylines. While it remains to be seen what her role in the Hawkeye series will be, comic book fans know there are a lot of stories and character elements to pull from.

That honor instead belongs to Maya Lopez, who first donned the costume while attempting to infiltrate Japan’s criminal underworld at the request of Captain America. The iconic identity has since been passed along to many established Marvel characters, but Maya Lopez will always hold her canonical status as the original.

When Maya Lopez was first added to the narrative of Brian Bendis’ New Avengers in the early 2000s, her identity was initially unknown. Operating as the mysterious Ronin, there was significant fan speculation about the character’s identity prior to her unmasking. Behind the scenes though, Bendis had initially written this story with the intention that Ronin would be revealed as Matt Murdock, better known as the classic Marvel hero Daredevil.

RELATED: 10 Things About Daredevil That Only Comic Fans Know

When Bendis found himself unable to use Murdock due to conflicting events planned for the Daredevil comic, he instead decided to reveal Maya as the person behind the Ronin identity. The Ronin costume itself had a similar second life, owed to penciler Joe Quesada, who first designed it for a reboot of a character he had previously worked on for another publisher. When it ultimately went unused, Quesada brought the design to Marvel, where he teamed up with Bendis to breathe new life into the unused design.

Marvel’s ongoing dedication to diversity has led to a number of diverse heroes being introduced in recent years, in significant contrast to the domination of caucasian characters who represent the comics’ early years. Before this most recent wave of inclusivity, however, writer Brian Bendis firmly established the character of Mya Lopez as a member of the Native American Cheyenne Nation. Elements of this culture have regularly been used within stories featuring Lopez, adding layers of nuanced depth to her character.

In addition to her status as one of Marvel’s most notable Native American heroes, Maya Lopez also represents a portion of the physically differently-abled community. As one of the few completely deaf characters ever introduced in a mainstream comic, Maya’s inclusion among the publisher’s most well-known and minimally flawed heroes reads as honest and realistic.

While her disability has never affected her powers, it was an interesting parallel to Matt Murdock’s blindness during their early encounters and has caused Maya a significant and easily exploited weakness in combat. As a deaf hero, Maya’s powers are regularly represented as entirely visually based, and she has been clearly depicted as a fish out of water when battling against villains in situations with minimal to no visibility.

Similar to the abilities of the villain Taskmaster, Echo’s primary superpowers are her photographic reflexes, which allow her to immediately memorize and mimic the movements and skills of others. This ability applies both to motions she has seen in person or reviewed on film but is limited only to feats that do not require the use of superpowers.

This list of people Echo has studied and learned to replicate is extensive and includes Bullseye, Daredevil, Jackie Chan, and Bruce Lee. Having reviewed hundreds of hours of film, Echo’s accumulated abilities include expert marksmanship, multiple forms of armed and unarmed combat, and Olympic caliber gymnastic and acrobatic ability.

5 Connection To The Kingpin

During her early childhood, and unknown to a young Maya, her father was a mob enforcer working for Wilson Fisk, the notorious Kingpin of Crime. After having her father eliminated, Fisk, impressed with her abilities, took Maya in as a ward, sending her to the best schools money could buy.

As an adult, Maya was further manipulated by the Kingpin in his plots to destroy Matt Murdock. First, knowing Matt was grieving the recent death of Karen Page, he arranged for Maya and Matt to meet, intending for the pair to fall in love. He then outfitted Maya as the assassin Echo and convinced her that Daredevil had murdered her father. Echo proved to be a formidable opponent and almost killed Daredevil in combat, only stopping when she realized that he and Matt were the same person.

Marvel’s 2008 company-wide crossover, Secret Invasion, revealed a vast infiltration amongst the world’s governments and superhero communities by the shape-shifting alien race known as the Skrulls. Although Echo played a minimal role in the event itself, it was specifically her actions that revealed the first hints of the subversive campaign of the extraterrestrial empire.

During an adventure in Japan with Captain America’s New Avengers, Echo came face to face with Elektra, who was then leading the ninjas of the dangerous criminal organization, the Hand. After a drawn-out battle, Echo killed Elektra, who immediately transformed, revealing herself to be a Skrull in disguise. Although the depth of the invasion wouldn’t be revealed for months, this first hint laid the groundwork for what was to come, quietly kicking off one of Marvel’s most universe-altering events to date.

3 Relationships With Other Heroes

Maya Lopez had a brief, yet notable romance with Daredevil during her earliest comic book appearances, but Matt Murdock is not the only Marvel superhero to whom she has been romantically linked. During the events of the Secret Invasion, she and Clint Barton, better known as the Avenger Hawkeye, teamed up to defeat a Skrull posing as Daredevil, beginning a brief relationship shortly afterward.

Although they weren’t together for long, the end of their partnership saw Maya pass the Ronin armor and identity on to Clint, who would go on to wield become the longest-tenured character to wield the role. More recently, she has been linked to Marc Spector, the hero Moon Knight.

Deaths and resurrections are not uncommon for Marvel Comics‘ superpowered community and despite her relatively short existence compared to her more tenured contemporaries, Maya Lopez already has a few rebirths under her belt. First, during her initial attempted infiltration of The Hand, she was captured, executed, and resurrected as a brainwashed assassin.

Years after being freed from this conditioning, Echo was again killed while teaming up with Moon Knight but resurfaced alive again with no discernible explanation. Most recently, she was left for dead at the bottom of the sea by Namor during a tournament organized by the extraterrestrial Phoenix Force as it sought a new worthy host, before it ultimately deemed her most worthy, sparing her life and selecting her as its avatar.

1 Host Of The Phoenix Force

The fiery cosmic embodiment of rebirth, The Phoenix Force is most known in the Marvel Universe for its long documented interactions with the mutant community, and especially its bond with the family of founding X-Men telepath Jean Grey. However, the Phoenix has shown over time that it is not completely partial to mutants.

In recent years, the cosmic entity has selected hosts from the Avengers roster, including Captain America and Black Panther, before organizing its own tournament of champions to select a new host. Although Namor defeated Echo in this tournament, the Phoenix still selected her as its most recent human embodiment, due to her determination and refusal to die despite overwhelming odds.

NEXT: 10 Best Versions Of Hawkeye From Marvel Comics


Next
15 Most Evil Superman Villains, Ranked 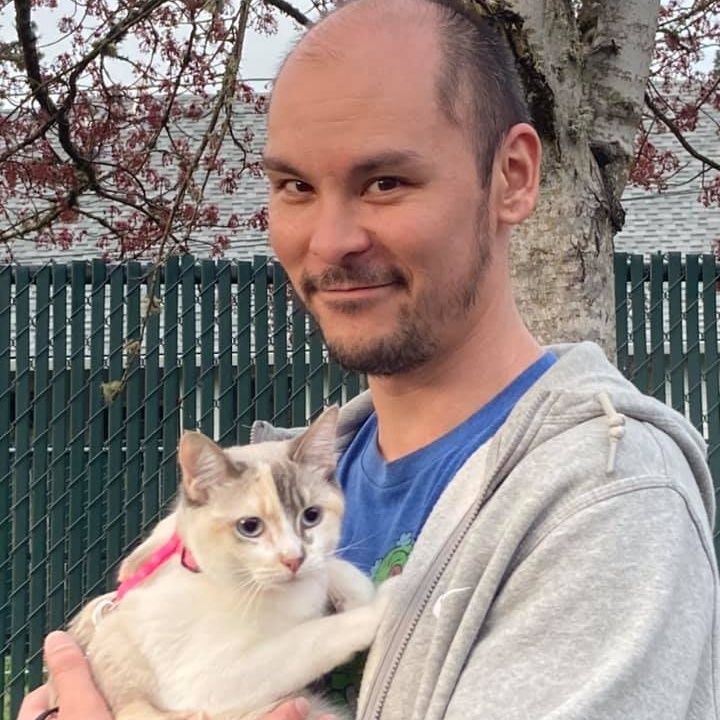 Drew Beaty is a third-generation superhero fan who was born and raised in Portland, Oregon. He began his collection with hand-me-down comic books from a used book store owned by his father and grandfather in the late 1980s. Today, Drew owns and has read over 50,000 individual comics. He was once ranked “Best In The World” in the Marvel Comics category of the mobile trivia game Quiz-Up and still has the screenshots to prove it. When he’s not reading or writing about masks and capes, Drew spends his time with his wife and cats, or rubbing elbows with Portland’s music scene, where he has performed in the hip hop group Bad Habitat since 2008.