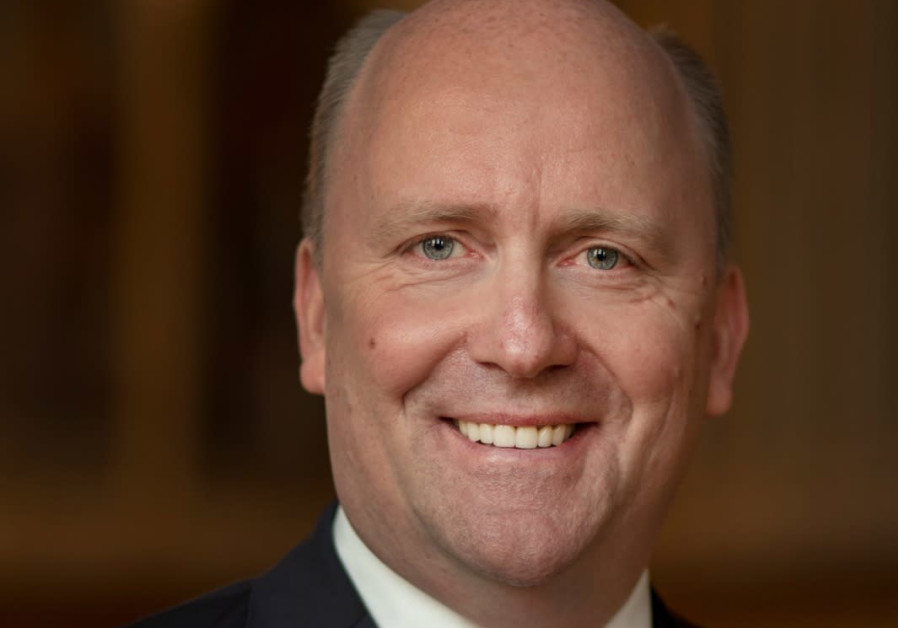 Fighting back against the explosion of Jew-hatred across the world in recent weeks, Frankfurt am Main Mayor Uwe Becker, the Federation of Local Authorities in Israel, and the Combat Antisemitism Movement (CAM) have launched a campaign inviting municipal leaders across the globe to sign a joint statement as a public show of solidarity with their Jewish citizens and friends. So far, this call has brought 28 mayors from the cities of 12 countries to sign the statement and to stand united to protect Jewish communities.

Cities around the world have seen an alarming rise in violent incidents targeting Jews – ranging from physical assault and verbal harassment to vandalism and anti-Israel rhetoric, among others. Jews have found themselves opting to remove Jewish symbols and feel increasingly isolated as the recent clashes between Israel and Hamas have been used in their cities as an excuse to justify blatantly antisemitic attacks.

Key signatories of the statement include Mayor of Frankfurt am Main (Germany) Uwe Becker, Mayor of Porto (Portugal), Rui Moreira, Mayor of Pittsburgh (U.S.) William Peduto, Mayor of West Hollywood (U.S.) Lindsey P. Horvath, Mayor of Ioannina (Greece) Moses Elisa, Mayor of the Town of Hampstead (Canada) William Steinberg, Mayor of Budapest 7th District (Hungary) Peter Niedermüller, Mayor of Guardistallo (Italy) Sandro Ceccarelli, Conseiller de Paris Mairie du Neuf-Paris (France) Alexis Govciyan, Mayor of Athens (Greece)  Kostas Bakoyannis and more, as seen in the full list.
Uwe Becker (Credit: Courtesy)Uwe Becker, Mayor of Frankfurt am Main and CAM Advisory Board Member, said, “When we organized the first-ever Global Mayors Summit just a few months ago, I did not imagine how soon I would have to call on my friends around the world to unite, speak and act against the oldest form of hatred. I’ve said it before, and I’ll say it again- when Jews, our citizens, ask themselves if they will have a safe future in our cities; when boys don’t feel comfortable wearing kippot [skullcaps]; and when girls hide their Star of David necklaces, then we are almost too late… It’s up to us to act, and we must do so quickly.”

The statement signed by the mayors acknowledges the civic duty of municipal leaders to “maintain peaceful coexistence in their communities around the world” and also expresses a shared sentiment of shock and concern at the recent explosion of antisemitism– both physical and virtual. It also addresses the concern of many citizens at the violence in Israel and the Gaza Strip – a result of Hamas incitement and rocket attacks at Israel, a sovereign country defending its population.

While acknowledging that opinions about the conflict may differ, the statement emphasizes that these do not serve as an excuse for attacks on Jews: “we categorically reject those who are perpetuating acts of antisemitism in our communities.” The statement also speaks of the trauma that Jewish communities are experiencing: “In many of our cities, synagogues have been vandalized, Jews have been physically attacked, and verbally threatened online and offline. Jewish communities are living in fear and are concerned for what tomorrow will bring.”

The statement concludes with a unanimous and unequivocal commitment towards the protection of Jewish communities around the world: “As mayors, we stand united and committed to the safety of all Jewish residents in our cities. No one should have to live in fear because of their identity. We respect freedom of speech but will ensure our streets and public space are safe and free from antisemitic activity. As proud civic leaders, we say unequivocally we reject Jew-hatred in our cities now and always.”

This article was written in cooperation with the Combat Antisemitism Movement.