With Euro 2020 getting under way in Rome this evening, read our guide to the Liverpool involvement in the month-long tournament.

Twenty-four nations will battle it out in the 16th edition of the European Championship, beginning at the Stadio Olimpico tonight.

The competition concludes with the final at Wembley on Sunday July 11.

Four Reds will face off in Group A as Xherdan Shaqiri’s Switzerland and on-loan Ozan Kabak’s Turkey compete with a Wales squad featuring Neco Williams and Harry Wilson, as well as Italy.

Leon Barton, writer and contributor to Podcast Pêl-droed, which focuses on Wales’ national teams, on Williams and Wilson… 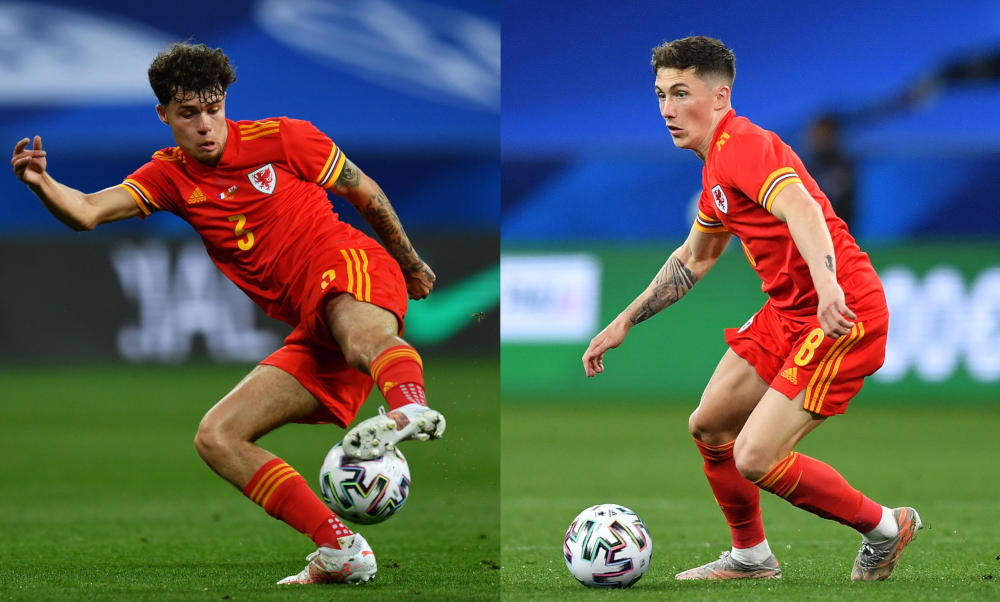 Harry Wilson is a firmly established international at this point with 26 caps to his name. How big a part is he of Rob Page’s plans for this tournament?

Wilson’s been excellent for Wales over the course of his first 26 caps. With five goals, he and Cardiff City striker Kieffer Moore [also five goals] have taken some of the scoring pressure off [Gareth] Bale. His versatility is an asset with [Aaron] Ramsey having missed so many games recently – Wilson has been very adept playing the number 10 role. David Brooks of Bournemouth has also been injured a lot, so Wilson’s really stepped up in the absence of those two. Having said that, if Brooks, Ramsey, Bale and Daniel James are all fit then Wilson will probably be the forward to miss out when it comes to the starting XI. But it’s a big ‘if’ and he’ll see plenty of game time off the bench even if he doesn’t start many matches.

Neco Williams is a much newer addition to the set-up having debuted last September. How has he adapted so far, and is he expected to see game time at this tournament?

Neco has also had a fantastic start to his international career, scoring an excellent injury-time winner versus Bulgaria in only his second cap. He’s one of those players who seems to just ‘have it’, an almost unexplainable sense that they belong at the highest level. Dare I say it, but he’s a bit reminiscent of Bale when he was first making his way for Wales, and playing at left wing-back (as Bale did as a teen) has further strengthened the comparison. If [caretaker manager] Rob Page goes with 3-4-3, or 3-5-2, I think Neco will start as left wing-back. If it’s a back four, then he’ll most likely go with Swansea City’s Connor Roberts and Tottenham’s Ben Davies (if fit) as full-backs. But Neco can also play further forward, and if we’re protecting a lead he might come on and play just ahead of Roberts on the right.

Both players appear to have been deployed slightly out of position in recent Wales fixtures, Wilson as a false nine and Williams as a left wing-back. How have they both coped with that challenge?

One of the big strengths of both players is their versatility, and that in turn gives this Wales squad more options than we’ve had in the past. Neco has looked just as comfortable on the left as the right, and Harry has played well through the middle. One of the other great things about Wilson is that him and Bale have a very good on-field understanding, as demonstrated by Bale’s excellent assists for Wilson’s goals versus Finland and Belgium. What positions they play at the Euros will be dependent on the fitness and availability of other players (particularly Ramsey, Brooks and Davies).

Another more general point is that it’s great to see lads from north east Wales making their mark with the national team again (both are Wrexham-born, Harry grew up in Corwen, Neco in Cefn Mawr). The Wrexham area is the cradle of the game in Wales and when I was a kid in the ’80s/’90s so many of our top players were from the north east (Ian Rush, Mark Hughes, Gary Speed etc).

We often feel a bit left behind, but the recent Hollywood takeover of Wrexham, and Harry and Neco’s emergence as top players for Wales, have helped put the north east back on the footballing map!

The Three Lions are playing each of their group fixtures at Wembley – including the visit of Robertson’s team for the second match – while the Scots have two games at Hampden Park. 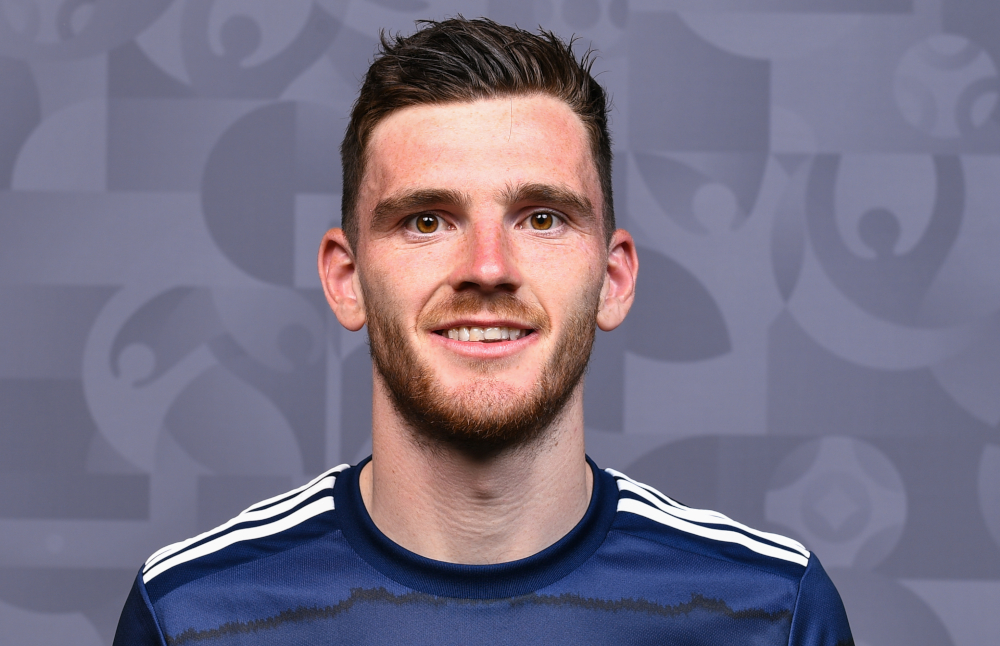 Thiago Alcantara will look to carry the outstanding form he produced at the end of the domestic season into duty for a Spain side aiming to reclaim the silverware they won in both 2008 and 2012.

A lot of Spain’s talent seems to be concentrated in central midfield. With that in mind, how likely is Thiago to start the opening fixture against Sweden?

Coronavirus and injury kept Thiago out of most of Spain’s matches over the course of the 2020-21 season, so he has been out of the national team loop to some extent and only played 55 total minutes across the three World Cup qualification matches when he returned in March. So, it could be said that he has lost his place in the side and, with so many talented midfielders, it is hard to win it back. However, Luis Enrique does love Thiago and, if he impresses in the pre-tournament friendlies and in training, he definitely has what it takes to earn that spot back by the Sweden game.

How closely has Thiago’s debut season with Liverpool been followed back in Spain and is there an awareness of how well he ended the season form-wise?

There was great excitement in Spain when he moved to Liverpool, given how many Spaniards have enjoyed success at Anfield over the years. It was a shame, then, that coronavirus and injury meant his season got off to such a slow start. In the second half of the campaign, though, Thiago’s good performances were being discussed and he was identified by the Spanish media as one of the main threats for Real Madrid in the Champions League quarter-final tie. People then followed the top-four race closely, so many will have seen how Thiago was key in those final five wins. 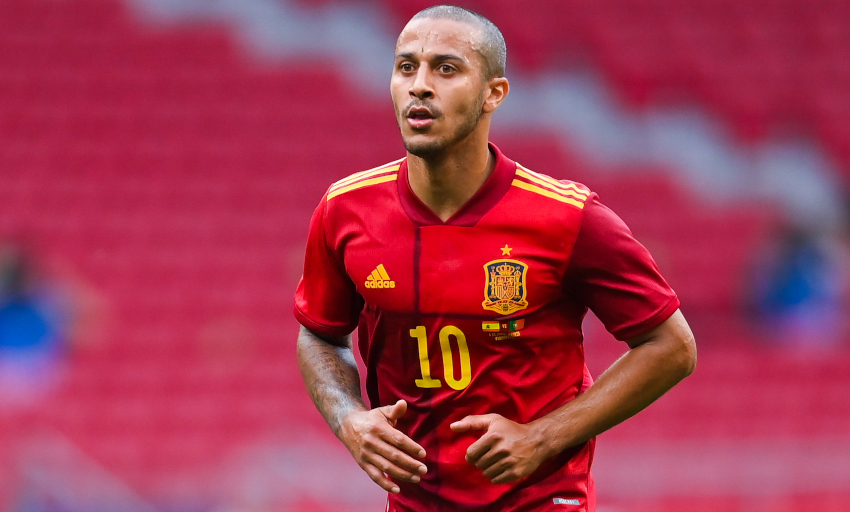 Is the experience that someone like Thiago brings especially valuable given there’s a much younger look to this Spain squad compared to tournaments past?

I think Thiago’s experience is more important than ever before. Even if he doesn’t have as many caps as you might expect for a 30-year-old who has been such a talent his whole career, this is mostly due to his injuries and it’ll be 10 years this August since his Spain debut. Thiago is the fifth-oldest player in the squad and, along with Sergio Busquets, he is one of the veterans who is likely to enjoy many minutes. Having Thiago alongside an up-and-coming star like [18-year-old Barcelona midfielder] Pedri will be really key.

After a hugely impressive debut season with the Reds, forward Diogo Jota is likely to be a crucial part of the holders’ attacking line-up, with Portugal immediately facing heavyweight competition in the opening phase.

Portugal are spoiled for choice in attack but how big a part is Diogo Jota of Fernando Santos’ plans? He seems to have nailed down a starting place and scored some important goals recently…

I expect him to play a very big part. Whenever he has played for Portugal recently he has been superb. It’s no exaggeration to say he’s been Portugal’s best performer over the past year. He initially got starts as the replacement for Cristiano Ronaldo when the captain was injured and then got COVID-19, but in recent games he has played alongside Ronaldo in attack, and I expect that to continue.

Has moving to Liverpool and proving he can do it at a club of that stature helped him make progress with the national side?

For sure. I was worried that Jota would spend a lot of time on the bench at Liverpool, but he’s been excellent since making the move and shown that he belongs in a team of players of the highest calibre. That can only have helped his own confidence and the confidence of his teammates in him.

Is the role Diogo plays for Portugal any different to the one he plays for Liverpool?

For Portugal he often starts near or drifts towards the left flank then cuts directly into the box, although in the most recent games he has been playing more centrally. I think he’ll interchange with Ronaldo as Portugal’s most advanced player.